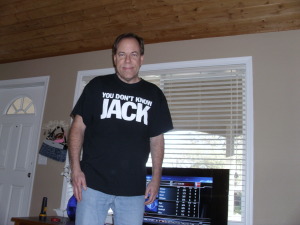 Producer Jack
In the 70’s, I listen to pop music daily as I pretended to have a “radio station” in my bedroom by playing music I recorded off the radio.  In the late 70’s, I was introduced to Contemporary Christian music & after my Christian conversion, I did a 180 degree turnaround by stop listening to mainstream music and started listening to Christian music.  It was at this time, I had more of a desire to work in radio because of the message of God.   Even though I have a speech impediment and having a high school counselor telling me to give up my radio dreams because of my voice, God had other plans.  In 1983, my dream came true as I worked for my first radio station, a Christian music station. Since then, I have been a music director at several different Christian stations.  Today, I am a creative artist producer/traffic specialist working at K-LOVE, the biggest Christian music network satellite radio station nationwide.
It was in 1997 that I started a syndicated radio program called “Streets of Gold” featuring CCM classics of the 70’s & 80’s (and then later to the 90’s and early 2000’s).  I do everything except for the announcing. These are the programs from Streets of Gold, past & current. Now you know Jack.  God bless.
FYI – Producer Jack finally got married on January 2, 2010, so if you hear a program speaking about producer Jack being single, that program was produced before he met his wife Yvonne. 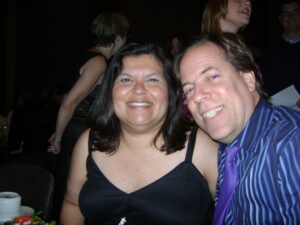 4 thoughts on “About the producer”

This site uses Akismet to reduce spam. Learn how your comment data is processed.